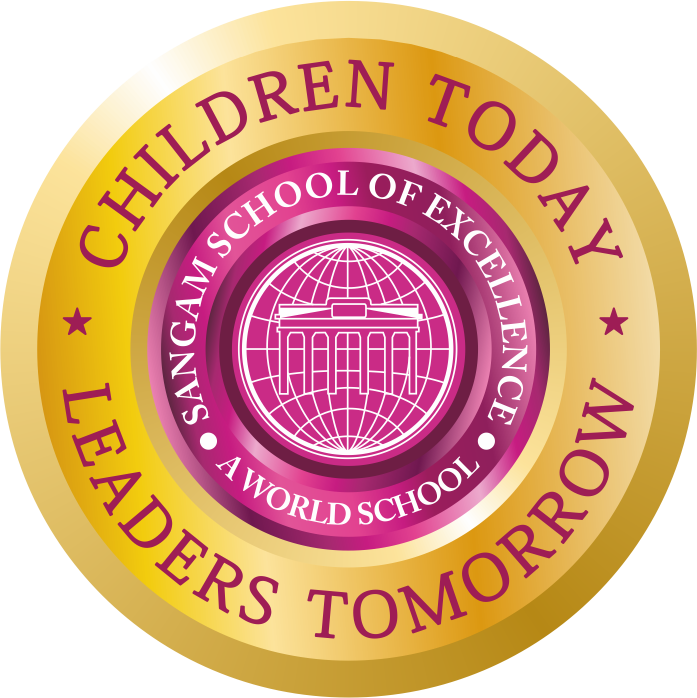 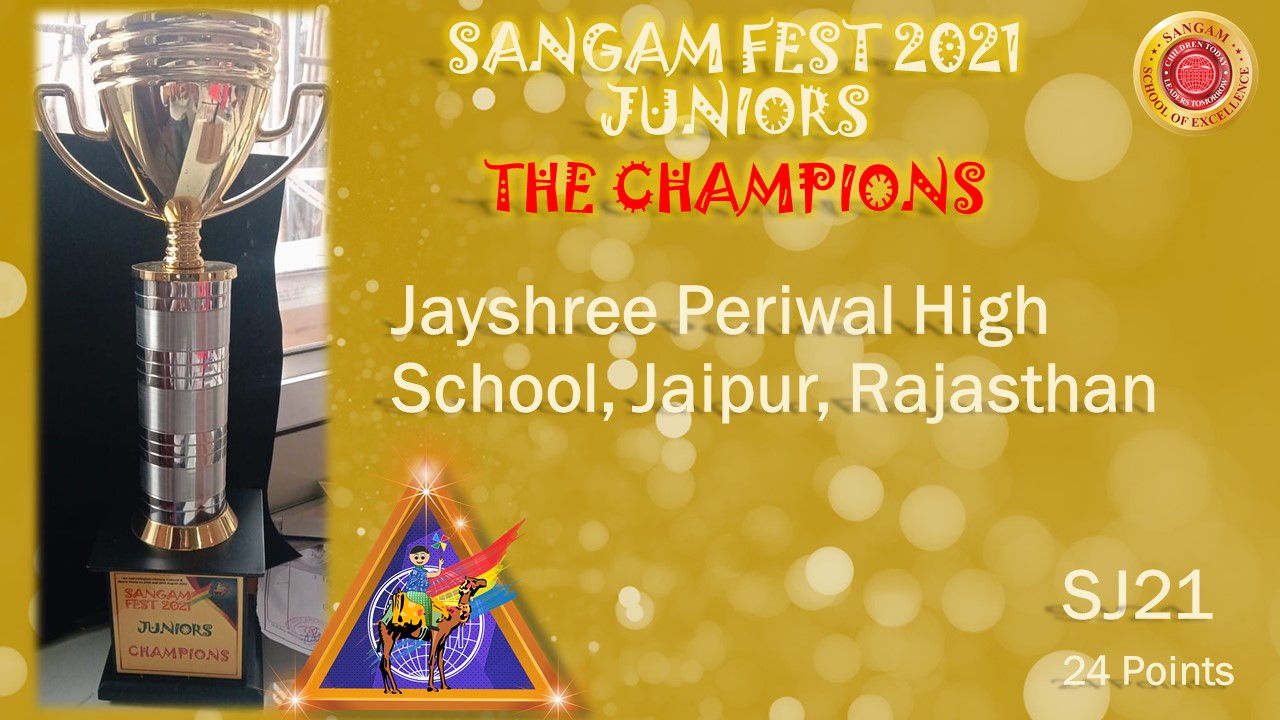 “In every adversity lies the seed of an equivalent advantage. In every defeat is a lesson showing you how to win the victory next time”

Ever since it began in 2007, Sangam Fest has grown and evolved majestically, with number of participating students increasing steadily each year.
Co-scholastic activities form the core of students life since these help to develop the holistic personality of the students to face challenges and the turbulent world of future. The aim of this fest is to develop a sense of competitive spirit, cooperation, leadership, diligence, punctuality and many more. This concept helped us build upon a strong camaraderie amongst all the participants and teacher in-charges.
The basic idea was to have all the participating teams stay under one roof and participate in a range of competitive events, spread over three days.
With the pandemic hitting the globe, we simply made this fest a virtual one and ensured that the basic purpose is fulfilled. The array of events had not just engaged the kids but also made them have an exciting experience for life time. Individual to team events, all have had a zing element to go full throttle.
The Fest as in the previous year had two categories – Juniors, that included students of grades 5 to 8, and was held on Friday, 27th Aug 2021 and Seniors that included students of grades 9-12 and was held on 28th of August 2021.

The events included in Sangam Fest Juniors were-

Chess competition, this event had a participation from 24 schools, with one from each school. We witnessed splendid display of diplomatic skills and nail biting moments.

Ludo competition, derived from the ‘Pachisi’ game from India Ludo emerged out to be the most popular game during lockdown. We had a participation from 21 schools in this event, one from each school.

to beat the stress, we just thought of including recital of mantras/shlokas as an effective means and introduced it as a competitive event, where we had a participation from 12 schools, where each team had 4-8 participants. Though a team event, each of the team member was to perform from a separate location, record the performance as one and submit it.

witnessed a participation from 22 schools, one from each school. Performing live and explaining the creation to the judges this event had a splendid display of art, craft and collage work, all in one.

teams had to choose form the three given options to create the jugalbandi amongst a team of 4 from each of the 11 participating schools. All the participants had to perform from separate locations, and submit the recorded performance.

This event witnessed participation from 15 schools, with one participant from each school. This recorded event, was a fun to watch…exhibiting the skills to generate humour and bring a smile to the viewers…is indeed a rare art.

this was a live event, that had a participation from 20 schools, with one participant from each school. With a pre defined theme – Kya khoya kya paya, this event witnessed some brilliant and thought provoking compositions from budding poets and poetesses.

a mix of live and recorded event, this competition had a participation from 17 schools, with one from each. The experiments/models were woven/crafted on the pre-defined theme of aerodynamics.

This was the last competitive event for the day. It had a participation from 19 schools with two story tellers together narrating a story, from each of the participating school, and was a live event.

The results are formulated on the basis of a cock point system. The system is that for each of the third position one mark was awarded. For second or Runner-Up position three marks and for the First position five marks were awarded. This way we compiled our tally sheet to have the overall Runner-up and the Champions.